From lemonade factory to beverage wholesale

Caring for one another. For three generations that has been the core value of our family business. We are a major player in the world of beverages but remain approachable and personal when it comes to our clients and staff. We believe in personal attention and flexibility and want to help you, as our client, in the best way possible. This has been the case since 1947, when Harrie Hansen together with his wife Mia started to produce lemonades by hand. These lemonades quickly found their way to customers in the region and the business activities soon expanded. When Harrie decided to supply all conceivable beverages from this moment forward, the beverage wholesaler was officially founded. As their success continued, their three sons Jos, Wim, and Ger joined the company as well. Together they developed into true traders in everything to do with beverages.

The expansion: from wholesale beverages to event

Initially, the focus of the company was on beverages. But when the demand came for draught beer systems, buffets, and related products, the company responded and founded Hansen Evenementen. In the mid-1980s, Jos, Wim, and Ger took over the business from their father and relocated the company from the city centre of Linne to an industrial estate on the outskirts of the town where the Esso petrol station was formerly located. 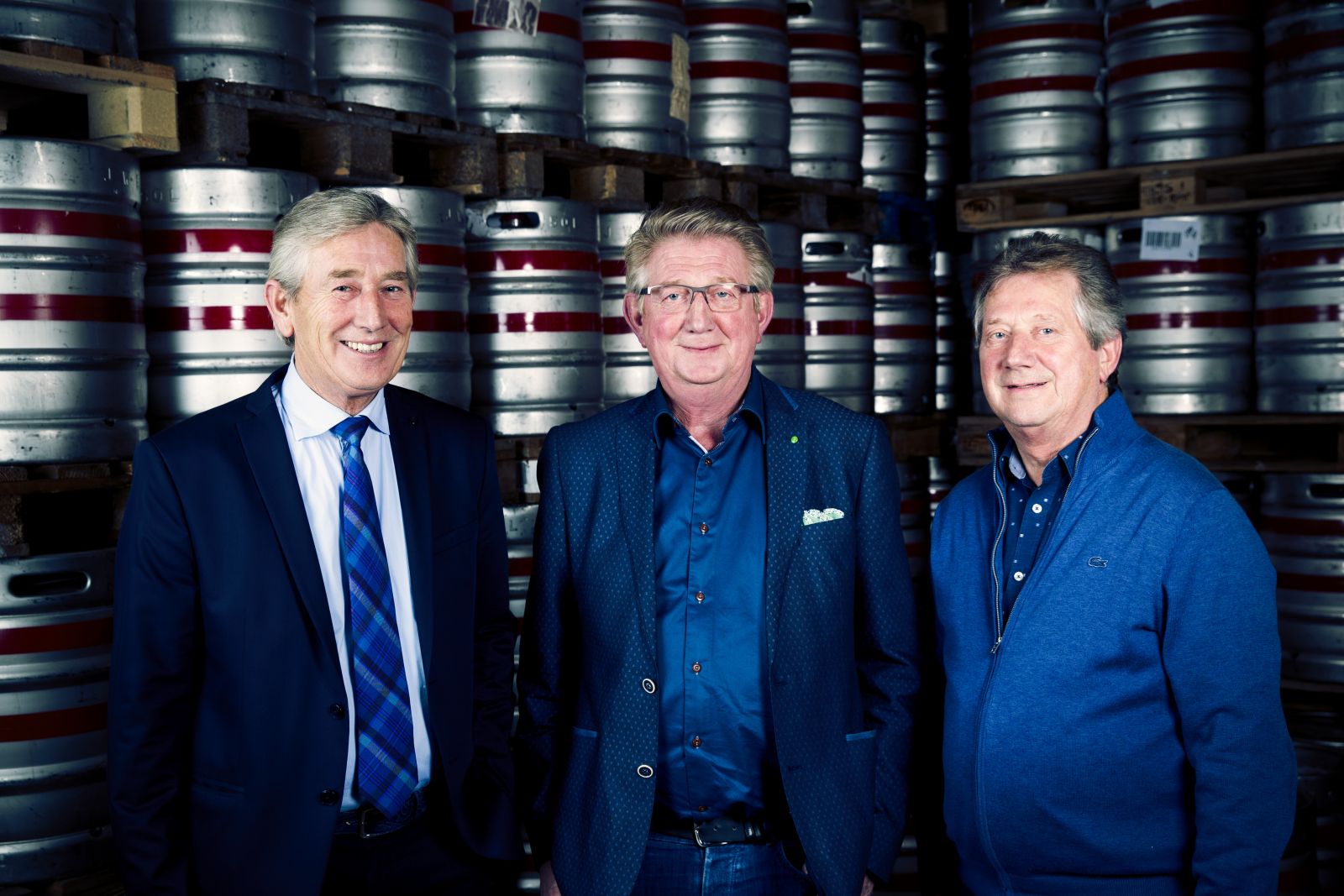 Over the years our company location on Veestraat in Linne has expanded as the business continued to grow. The same applies to our workforce. In 2016, we numbered 110 employees at Hansen Dranken spread across various departments. The company's own fleet currently consists of 25 lorries that drive their fixed routes every single day past restaurants, wholesalers, off-licences, retail organizations, supermarkets, wine merchants, and speciality shops. We believe that the client is king. That is the typical Hansen Dranken approach..